Today marks 23 years since the death of Mother Teresa

Today marks 23 years since Mother Teresa died on September 5, 1997, at the age of 87. After years of battling with heart and lung disease, she died in Calcutta, where she was buried at her request.

Her body was exposed for days in a glass coffin in the church of St. Thomas. On September 13, the Indian government organized a funeral with all state honors, which was attended by, among others, a number of world delegations from France, Canada, Ghana, Belgium, Prime Minister and President of India. The funeral began with a service in the church of St. Thomas, and then in a procession of tens of thousands of people her body was transported to the crowded Netaji Stadium. The ceremony lasted 3.5 hours, and Sister Nirmala, the heiress of Mother Teresa in the ranks of the Missionaries of Charity, also addressed the audience. The body was then taken to the headquarters of the Missionaries of Charity in Calcutta, where the tomb is still located.

The tomb is a white concrete structure with a white marble slab and an epitaph that reads: “Love one another as I have loved you”. 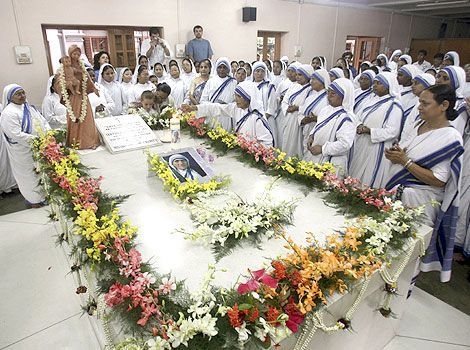 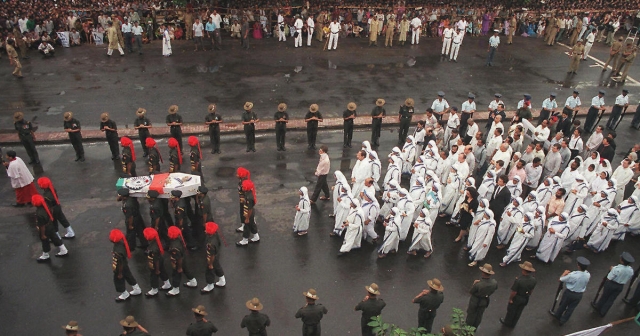